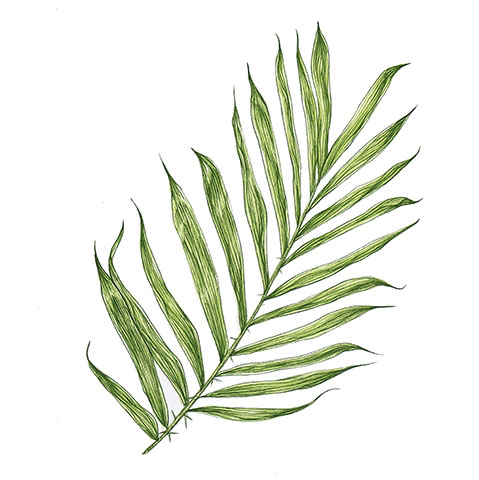 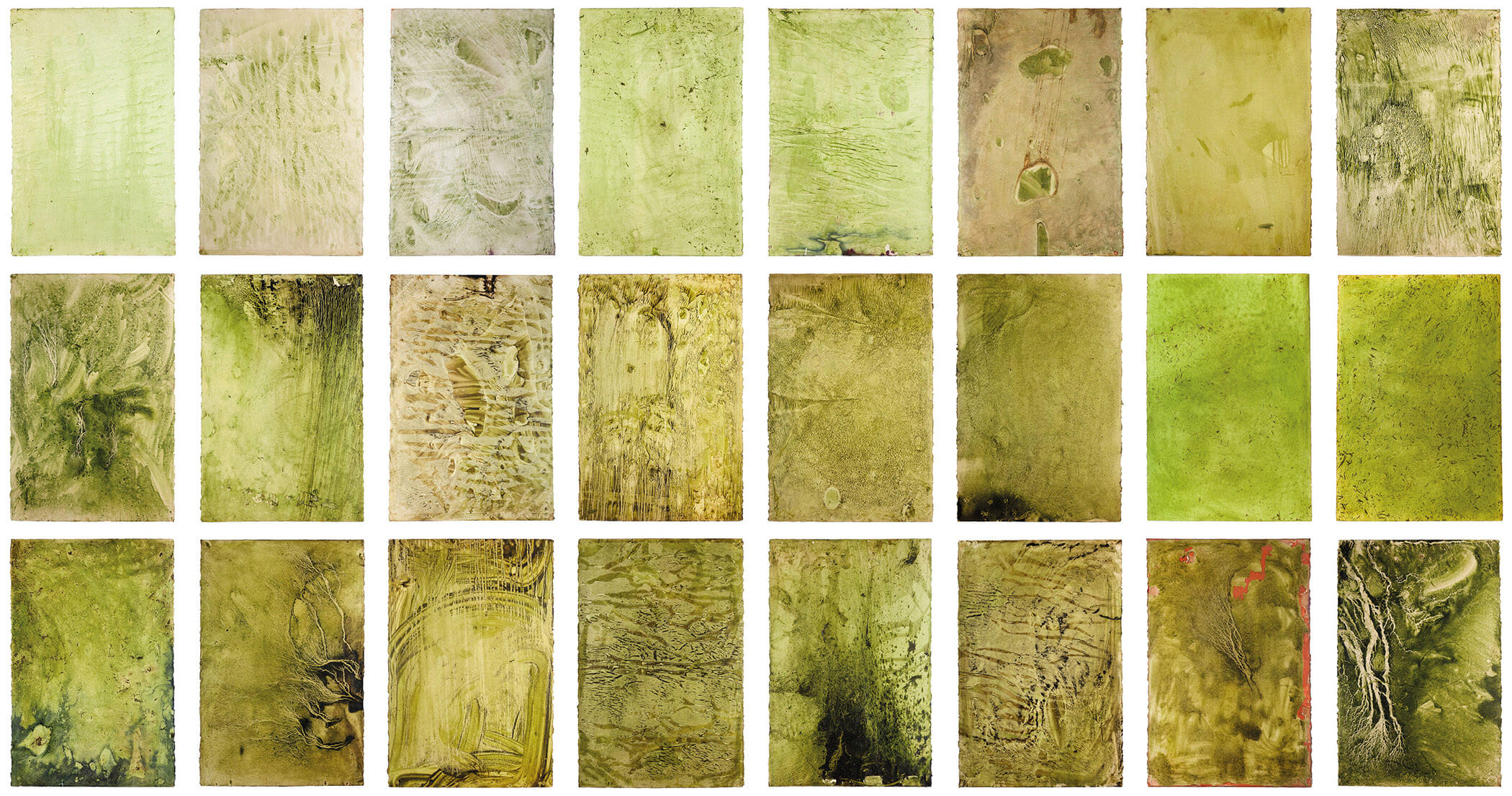 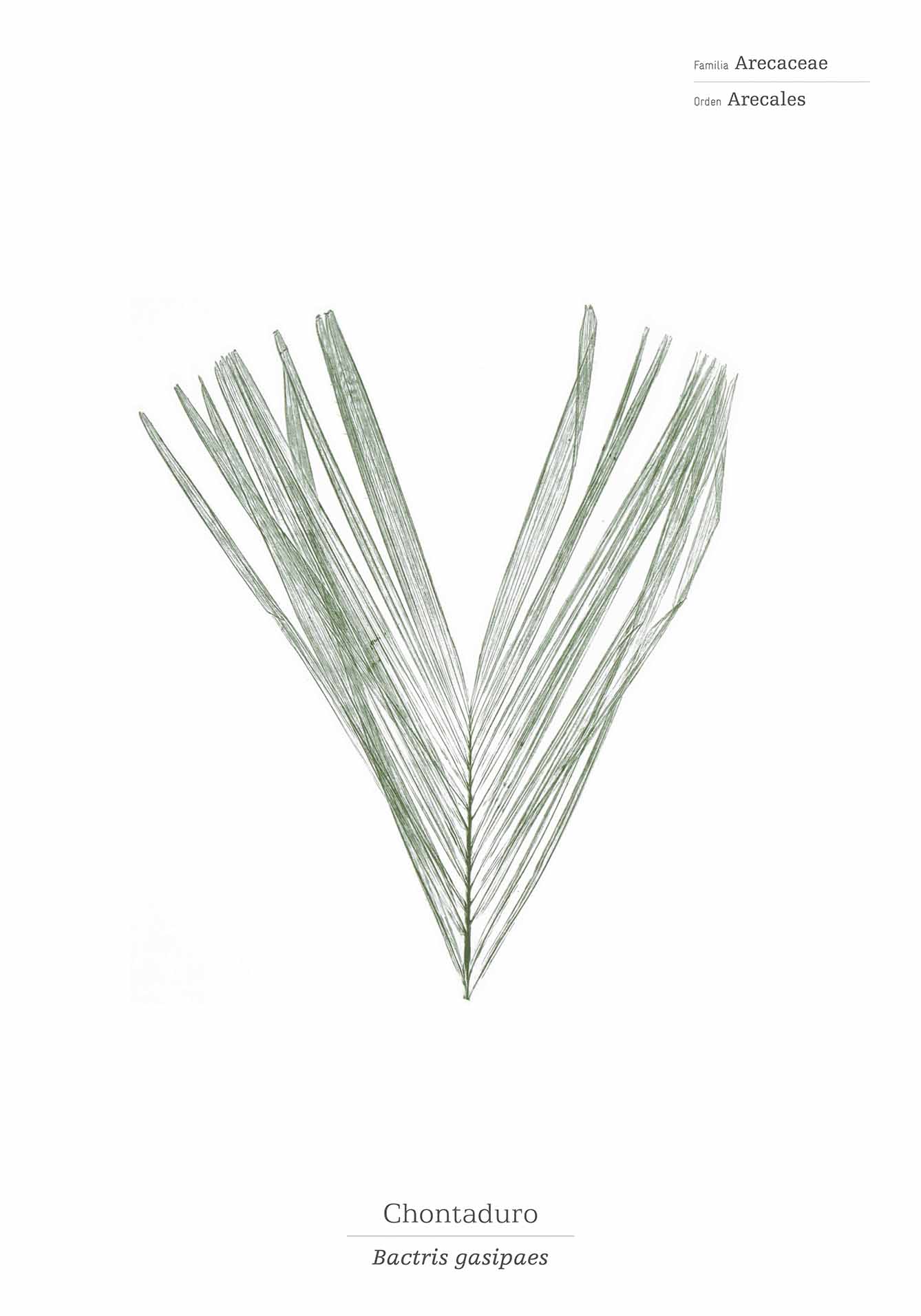 Palm with a straight, cylindrical and spiny stem, 10 to 25 cm in diameter, which when fully grown reaches up to twenty meters in height. Its leaves, which number between 9 and 20, are luxuriant and thorny, and form a group at the top of the plant, measuring up to 50 cm in width and 4 m in length. It has small, yellowish-white flowers, almost always enclosed in a large, spiny sheath. It produces clusters of up to 140 oval-shaped fruits, each up to 6 cm in diameter. The exocarp is hard, smooth or sometimes striated, and varies in color from yellow to deep red when ripe. It contains a single conical seed embedded in its juicy and succulent mesocarp.

Native to the tropical forests of Central and South America, its range extends from Nicaragua and Costa Rica—including some Caribbean islands—to Brazil and Bolivia; and from the Pacific coast of Ecuador to the mouth of the Amazon and the Guianas. It grows along river beds and in clearings mainly in primary forest, in the warm climate of the mountain lowlands and in non-flooding humid areas, up to 1,300 meters above sea level.   With 79 species, Bactris is the second-most numerous genus in the Neotropics. Within its genus, the palm Bactris gasipaes is the most important to be domesticated. It is known to have been used for more than 2,000 years and its cultivation spread throughout tropical America long before the arrival of the Spanish. In recent decades, it has been introduced to other countries such as Australia, Indonesia, Malaysia, Papua New Guinea, and the Hawaiian Islands.   It was first collected at the beginning of the 19th century close to Ibagué, Colombia by Alexander von Humboldt and Aimé Bonpland, who called it “peach palm.” Later, and at their request, it was botanically described in 1828 as Bactris gasipaes by the German botanist Carl Sigismund Kunth, responsible for the classification of the entire botanical collection left by the expedition of the two naturalists to America. The type specimen of this species was donated in 1833 by Bonpland to the Museum of Natural History in Paris, where it is preserved to this day.   In Latin America it is known by about fifty different names. In Colombia it is called chontaduro; in Costa Rica, pejibaye; pigibaio in Panama; as well as pijuayo in Peru and pupunha in Brazil. It is also known in other places as chontaruru, pipire, pixbae, pijibay, cachipay, pifá, chima or tembe. 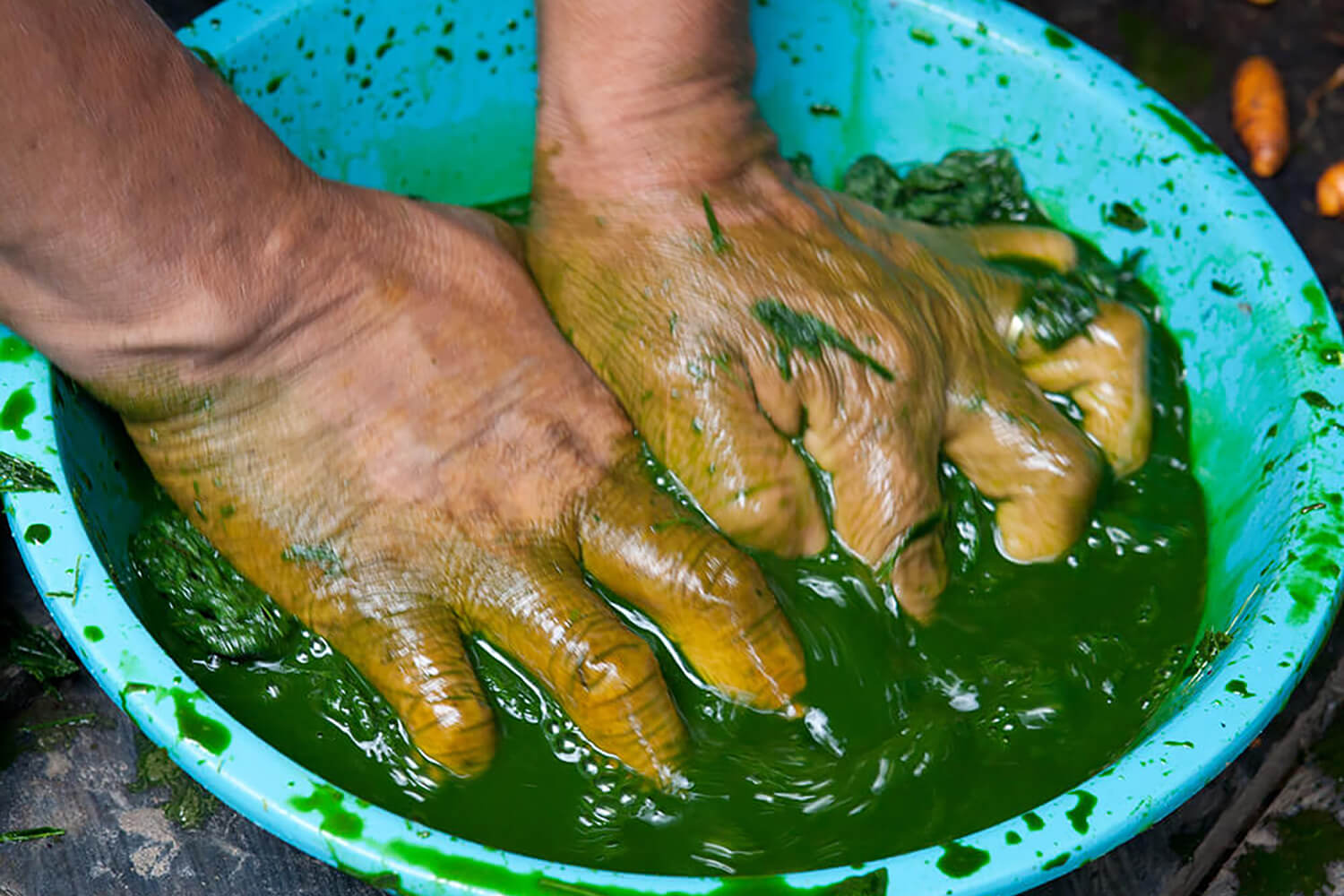 The chontaduro provides a green pigment when its leaflets are macerated. This is a very popular plant that can be found easily. Its pigment sets very well on paper, but not on fique (natural fiber); and on cotton it generates a low-intensity, pale green. It does not require exposure to fire to bind to the supports used.